Star Wipe is staring 2018 off with a bang; more festivals ahead and a new film competition; a horror anthology!

We’re stoked to announce that Apocalypse Rock is an Official Selection at the Blackbird Film Festival in Cortland, NY.   This is Blackbird’s 5th season, with a weekend of film screenings from April 20th to April 22nd,  showcasing 120+ films with an emphasis on short form, a variety of workshops and industry talks geared toward the seasoned professional as well as the first-time director. 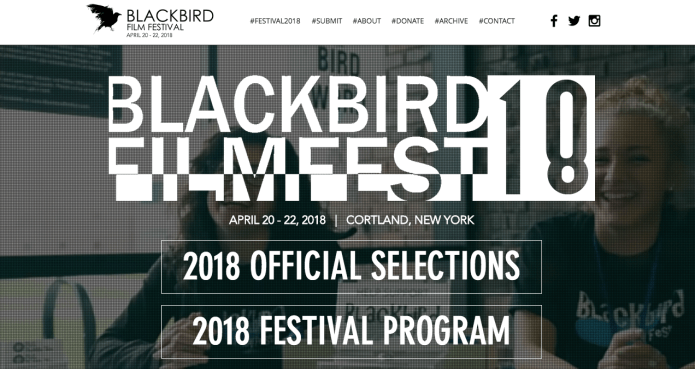 The festival is FREE for all to attend and prides itself on the high quality of films and filmmakers that fill the 10+ screening blocks throughout the weekend.

So, if you’re in the area, check it out!  Apocalypse Rock will screen in BLOCK A on Friday, April 20th, starting at 6:30PM.

In other news, Star Wipe will be participating in the Black Hills Night Hike, a new film competition from the folks at the 72 Hour Film Fest.  We had such a blast participating in the 72 Fest and, after taking home two awards, we were, naturally, intrigued by their next endeavor.

At the launch party last week, we picked our criteria;  presented with a wide list of Maryland-based urban legends, we selected the Upper Melinda Witch.  The story goes that Melinda was killed in the early 1800s, deemed as a witch and burned at the stake.   Before dying, she cursed the townspeople and swore that she would come back for revenge against her killers.   Just to be safe, they cut her scorched body in half and buried the two halves in separate locations across Maryland.

This competition allows a time limit of weeks, rather than hours, which we find really exciting; to sink our teeth into this project and focus on production beyond a single weekend.  The most exciting part, however, is that this anthology will be marketed beyond the 72 Film Fest, and we are eager and delighted to see where it goes.

Our first deadline is May 31st.  Wish us luck!