After ten years and twelve films, Star Wipe Films is eager to move on to more self-produced short and feature films.

In the meantime, the Star Wipe Films 48 Hour collection is now available on DVD and Blu-ray. This collection chronicles all of the films we have produced for this competition, plus we’ve loaded it with tons of behind the scenes content.  So, check out the trailer for the collection and contact us for purchase!

2018 Update: Denouement took home awards for Best Directing and Best Editing.  The film is also now available to watch online!  Check it out below: 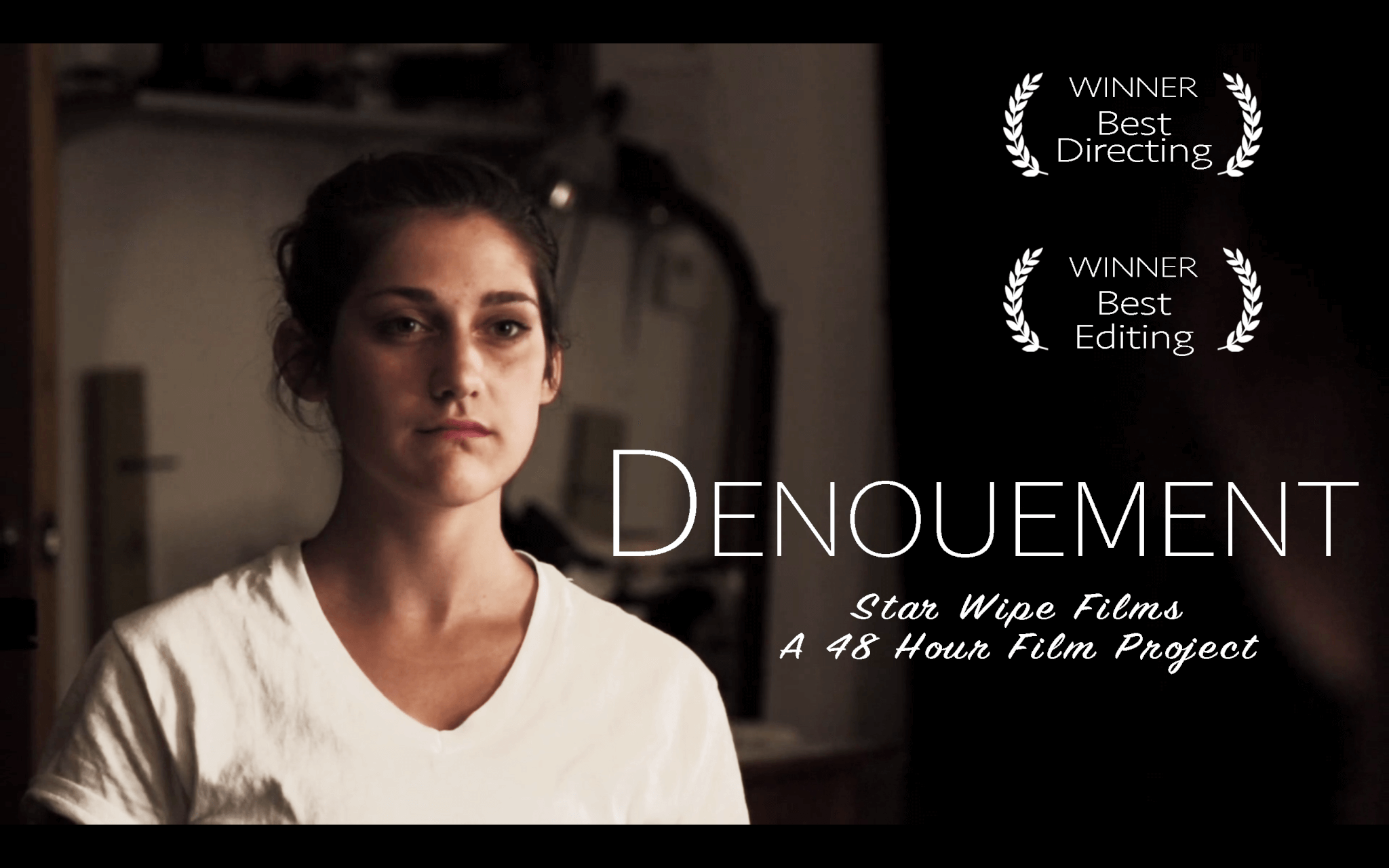