Star Wipe Films’ fourteenth 48 Hour Film, Once Upon A Bedroom has been selected for the Washington, DC 48 “Best Of” Screening!

After a successful experience with the Baltimore 48 Hour Film Project last summer, we decided to give the DC 48 a go as well.  It was a slightly different experience this year; the drawing of the genres was altered to include two options, and we, the filmmakers, were left to choose which one we wanted to use.  In the past, the teams have drawn a single genre, then had the option to draw again, but by so doing, are then assigned that second genre by default, without the choice of the first draw.  We enjoyed this new method, but it was a difficult decision, tearing our filmmaking identity in half.

Comedy or Time Travel?  We love us some time travel, but we rarely get to try our hands at comedy, and even when we do, the pull is usually stronger to another genre; fantasy or drama or science fiction.  This time, however (no pun intended), we went for it and we stand by that decision.  With Eric Nolle on our writing team (the head screenwriter for Apocalypse Rock), the script and the hilarity within, came to us quickly and smoothly, while Brian led the production and editing.  The process was swift and we managed to finish early this year!

The resulting film is something of a modern fairy tale, in which a couple returns from holiday to find an unexpected surprise waiting for them in their bedroom.

We are honored to be featured in the “Best Of” selection again and can’t wait to attend. 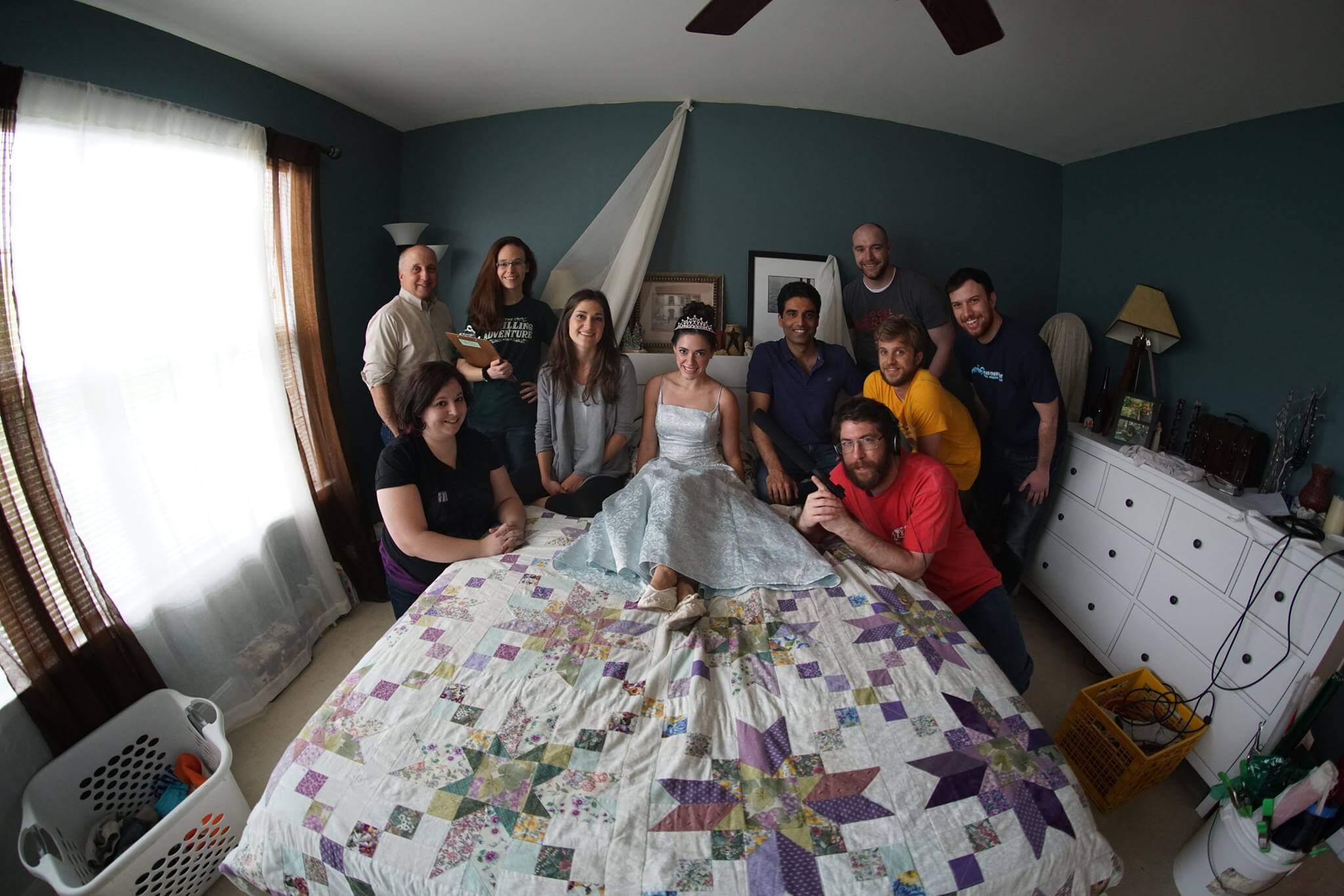